I am currently working on assembling an air quality sensor that also includes a Sensiron SGP30 VOC sensor interfaced via I2C. As the SGP30 operates at 1.8 V, the china modules come with a voltage regulator and an I2C level shifter on board. By the way, the level shifting circuit is actually nice and simple, as I did not stumble upon it before, I suggest you to read this eeweb article about it.

I quickly assembled an adapter PCB to connect a BME280, the SGP30 and a PMS5003 sensor to the Raspberry PI IO port, looked up libraries and sample applications online and went ahead. I was greeted by a lot of IO Errors from the SGP30 application - and I could make it mostly work by removing the BME280. First try was fiddling around with the I2C clock - although I was pretty aware that I didn’t use any long cables and should not have any problem with the default of 100 kHz. Also, I expected all signals to be in perfect shape, as I had pretty low resistance pullups and all devices should in theory be properly interfacing with a 3.3 V I2C bus (e.g. no hacky level shifters…).

Attaching an oscilloscope showed that my previous assumption was wrong: The SGP30 module was unable to properly pull SDA to ground - it was oscillating between 0 and 1.8V instead. Unfortunately, I did not take a picture as I only afterwards decided to start this blog :-)

What is happening here?

So let’s remove the 1.8 kOhms pullups on the Pi. It is the two resistors directly next to the IO header (at least on my Pi 1 B): 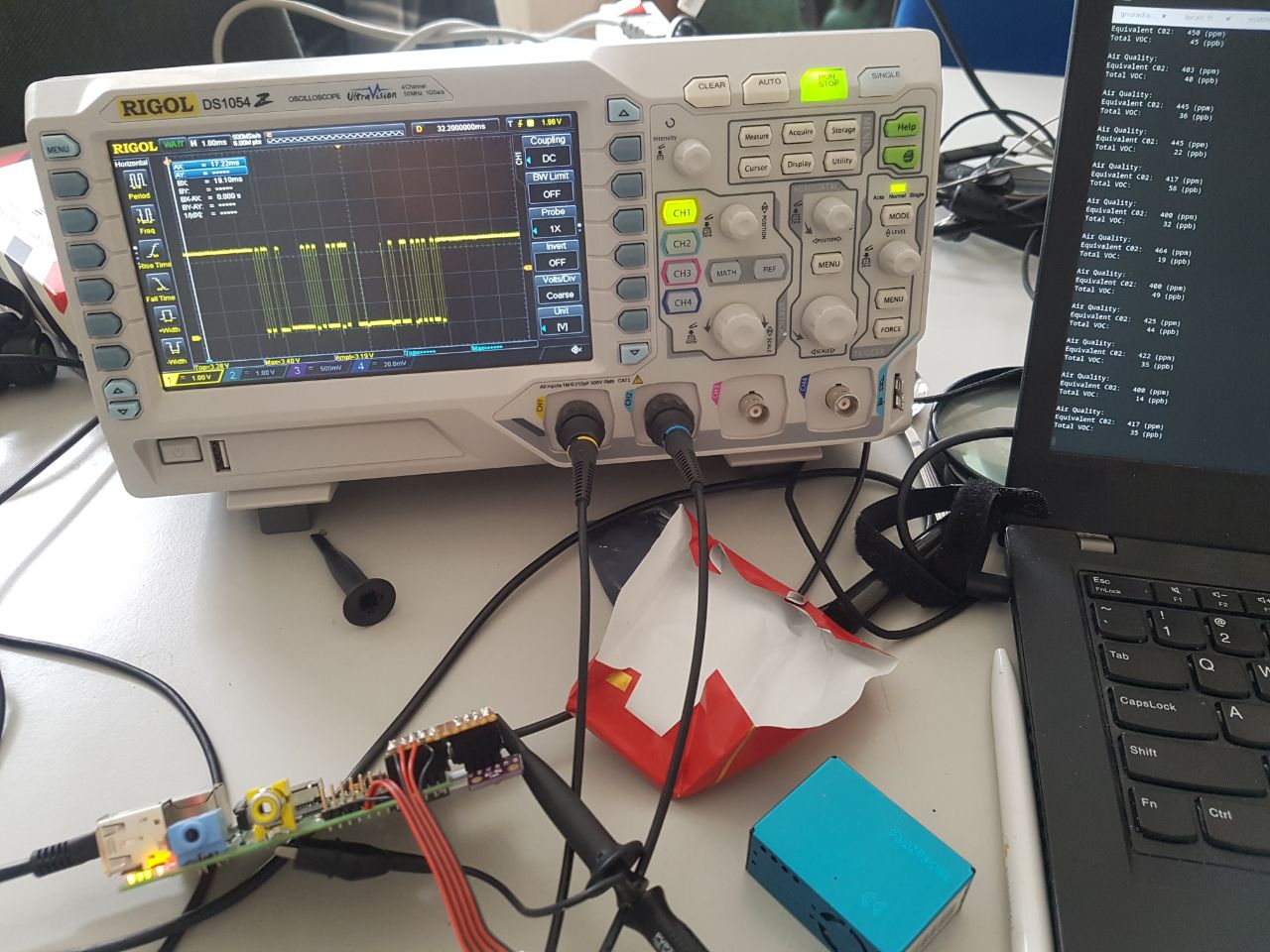 That looks nice, doesn’t it? So, what was happening here?

I cannot tell why the system starts to oscillate instead of stabilizing at a higher SDA low voltage, but the basic principle is as stated above. 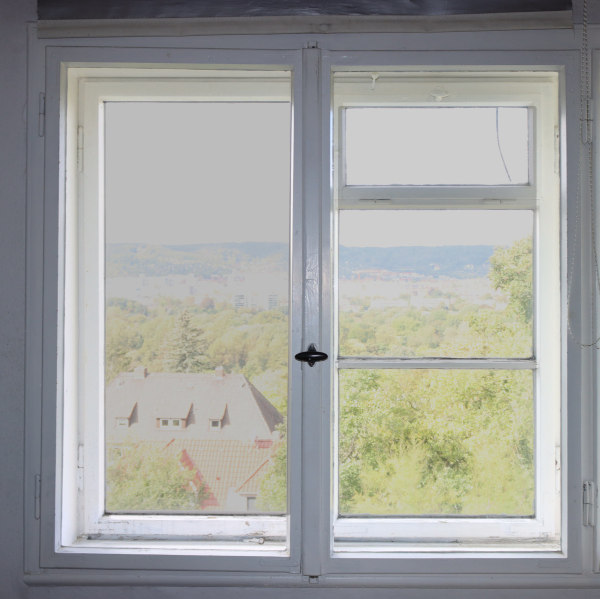 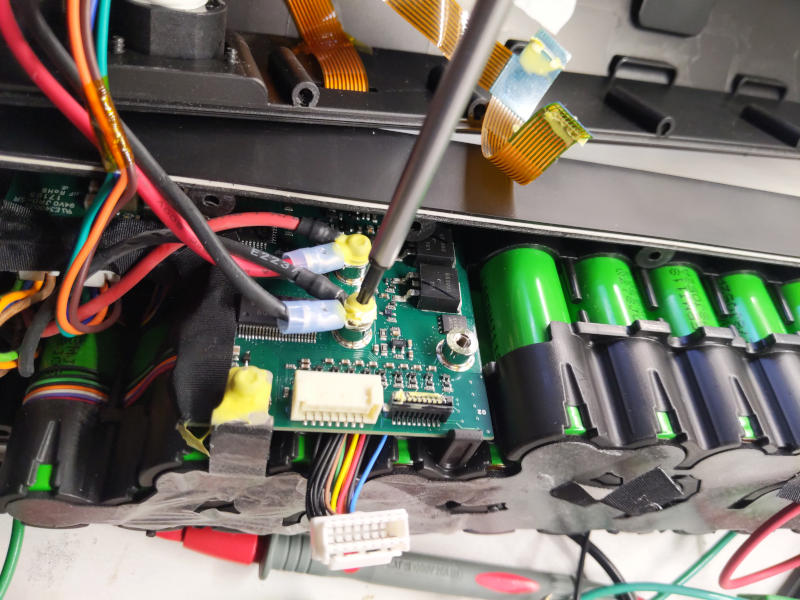 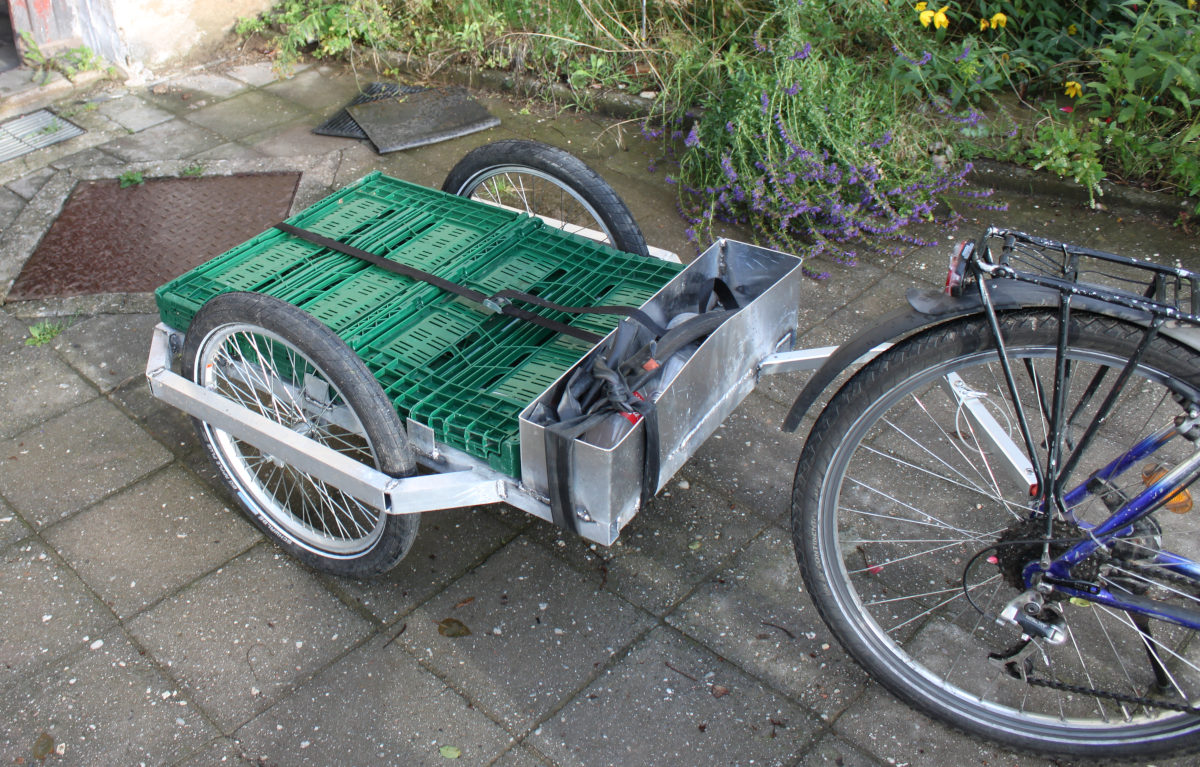 I built a bicycle trailer out of aluminium to accomodate two euro boxes and a bit of stuff. Design thoughts and documents inside.